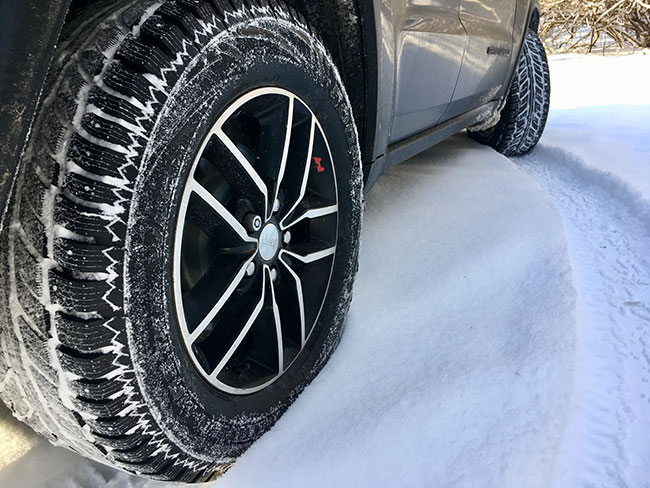 Winter locales around the globe make winter tires mandatory safety equipment through months of bitter cold, but there are no such laws in the United States, and winter tires have yet to truly catch on in northern parts of the country.*

A lack of knowledge and awareness is likely to blame. American drivers haven’t made the connection between their wintertime driving struggles and ill-equipped tires, and just how much winter tires work to solve winter’s many driving challenges. (See Top 10 reasons you need winter tires for more info.)

The Cooper Discoverer True North is an effort to make transformative wintertime performance accessible and straightforward for drivers of all types of daily driven vehicles. It’s an easy, “plug and play” solution for commuters that can have dramatically positive effects on wintertime vehicle control and overall winter driving safety. Here are seven things to know about the Cooper Discoverer True North:

Available in a collection of sizes from 16-20-inches, the Discoverer True North is a fit for most cars, minivans, SUVs, and CUVs.

Whereas some other winter tires are aimed at a specific vehicle type such as a sports/performance cars or pickup trucks, the Discoverer True North brings winter-focused tire performance to a wide range of common daily driven vehicles.

“The Discoverer True North is ideal for daily commuters who drive on plowed and treated roads, and deal with slush and black ice throughout the winter months.”   – CooperTire.com

The True North meets the highest North American standard for snow traction, symbolized by the three-peak mountain snowflake symbol on the tire sidewall. 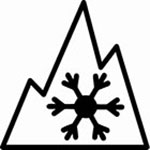 While an increasing number of tires in other categories also qualify for this snow traction standard, the Discoverer True North is distinguished from these alternatives as a full-fledged winter tire. This means the Severe Snow Service traction criteria alone doesn’t represent the full winter performance of the Discoverer True North – it’s designed and optimized for all challenging winter road conditions, not just packed snow.

An Ohio-based company since 1914, with facilities in England and China. Generations of Cooper winter tires have helped American drivers successfully fight back against winter for years.

In 1926 Ira J. Cooper developed the “Cooper Creed,” which held that Cooper should offer “good merchandise, fair play, and a square deal.”

And if the price of the Discoverer True North is rightly considered on a “per winter” basis – in recognition of the many winter seasons of potential use – then the cost becomes even more reasonable!

5. Studless ice & snow tires like the True North are the go-to for superior winter performance

Winter tires offer significant wintertime performance advantages over all-season tires because they’re singularly focused and engineered for winter weather. As a general rule, the more diverse the tire performance (the more “jack of all trades”), the more compromised in any one performance discipline. During winter, tires that are designed to also function in hot summer conditions can’t match tires designed to be at their best in sub-freezing temperatures and conditions. (Put another way: Cross-trainers don’t compare favorably against basketball shoes on a court.)

Studless ice and snow tires like the Discoverer True North are as focused on wintertime performance as specifically-engineered tires of other varieties, for example, motorsport tires for race tracks, or mud-terrain tires for off-road environments.

Introduced in late 2018, the True North has been on the market for one winter season as of this article date, and so far so good! All 12 TireBuyer.com reviews have rated the True North 5 out of 5 stars. 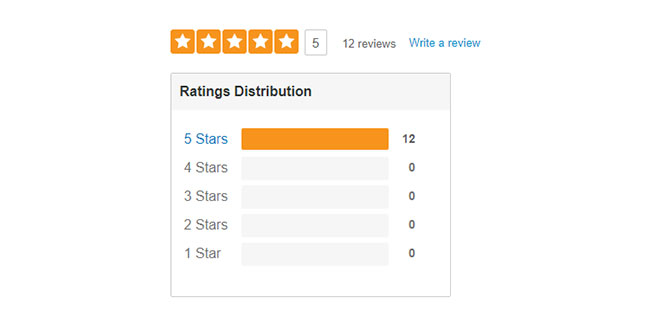 7. The Discoverer True North is a quiet tire

Cooper has managed to deliver standout winter performance along with excellent daily drive comfort. Unlike winter tires of past generations, drivers can expect a smooth, quiet ride from the Discoverer True North.

Lose out on nothing, gain significant all-around winter performance for your commute – that’s the Discoverer True North formula.

Want to discuss running the Cooper Discoverer True North on your vehicle next winter? Give us a call at 866-961-8668.

*It’s estimated that less than 20% of northern U.S. drivers use winter tires through the winter season.

Tips for Driving in Snow
It takes more than skill & technique to conquer the worst that winter can dish out.

How to winterize your car
Be ready when Old Man Winter comes knocking.

How long are winter tires supposed to last?
Considering the performance and safety gains of winter tires, purchasing a set can substantially increase the traction and safety of your vehicle.

Tire pressure and temperature
Gas expands when heated. So what happens inside your tires when the temperature rises?