Informed by almost a century of participation in top racing series around the world, plus a relentless commitment to performance tire development (over $500 million is allocated to the Michelin Technology Center annually), Michelin’s current lineup is absolutely one of the best.

Whether you have a sports car, performance coupe, sedan, or crossover/SUV, Michelin performance products have to be considered.

Which tire is right for your situation? With many street and track miles under our belts with Michelin tires, here are some insights into current options.

“Born from endurance racing, Michelin Pilot Super Sport gives you the exhilaration of driving the best performing street tire in the world.” – MichelinMan.com

The successor to the Pilot Sport PS2, the Pilot Super Sport has been a definite success since its introduction in 2011. Perhaps no other performance tire in history has achieved more original equipment assignments and been more entrusted with ensuring the success and safety of the world’s leading performance vehicles. The Pilot Super Sport has been selected as an OE tire – often many times over – by BMW M Division, Mercedes-AMG, Ferrari, Ford, Chevy, and others. (The OE assignments continue some eight years post-introduction – an indication of its achievement and continued relevance.) 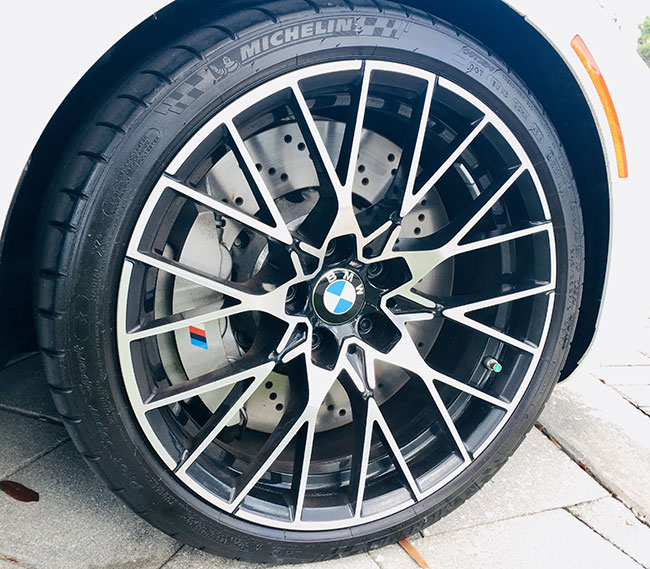 The Pilot Super Sport is also a very popular aftermarket fitment among enthusiasts for a wide range of performance vehicles.

“The Michelin Pilot Super Sport was designed to accomplish one purpose: deliver the ultimate driving experience while ensuring maximum safety even in extreme conditions of use.” – MichelinMedia.com

The Pilot Super Sport excels on any performance vehicles, from city streets to highways to twisty mountain roads, and is capable of delivering in “light duty” high performance driving events, too. Its performance is still current and top tier by any standard, but it’s no longer the latest and greatest ultra-high performance product coming out of the Michelin camp.

The Pilot Sport 4S offers measurable improvements over the Pilot Super Sport, including 9% longer life, more traction in both dry and wet conditions, and greater feel and precision from behind the wheel. 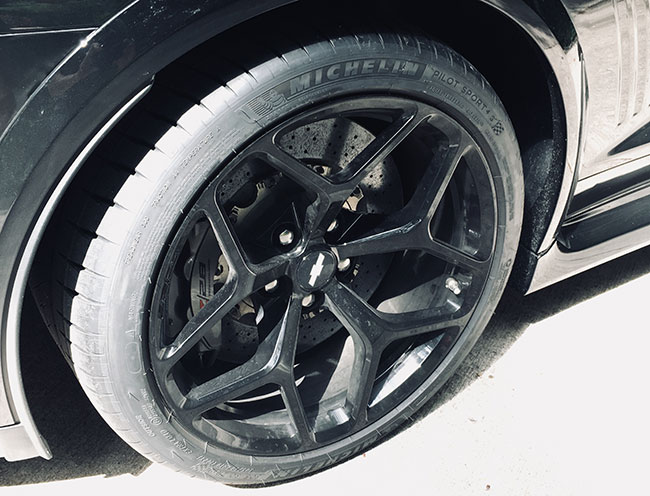 In our time with the Pilot Sport 4S we’ve found it to be virtually flawless. It has all the street performance one could reasonably want, plus it’s comfortable and very livable day to day.

Like the Pilot Super Sport, the Pilot Sport 4S is both an original equipment performance tire and an ideal replacement/aftermarket option for just about any sports car, performance coupe, sedan, or crossover.

The Pilot Sport 4 is similar to the 4S but with a few minor differences. While the 4S is track-ready, the 4 is street savvy. It’s classified as an ultra-high performance summer tire, but the 4 delivers better wet road performance than the 4S. It also offers low rolling resistance for better fuel efficiency and improved gas mileage. Both tires offer excellent control and steering reactivity. Many high-performance European sports cars come with the 4 as OE fitment, specifically Mercedes, Ferrari and Porsche. 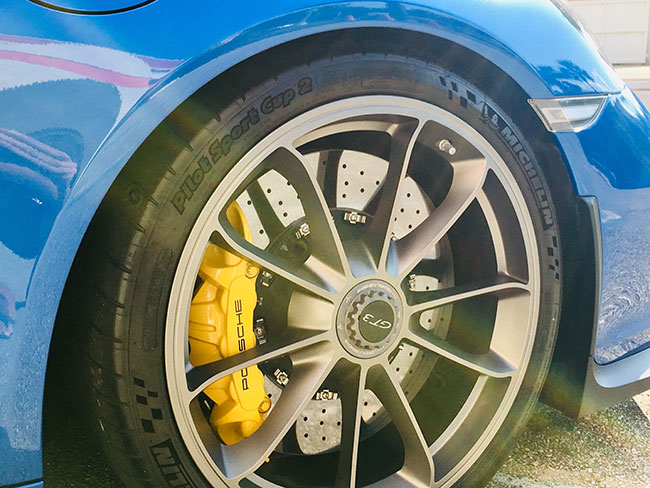 “Track day after track day, make the most of your sports car. Developed in partnership with AMG SLS Coupe Black Series, Porsche 918 Spyder and 911 GT3, and Ferrari 458 Speciale.” – MichelinMan.com

For drivers who plan to do more than just consider track day and HPDE participation, the Pilot Sport Cup 2 is the right Michelin option. The “Cup” name links to Cup racing series around the world and is an indicator of this tire’s design and purpose.

However, with routine street use the Cup 2 will wear at a faster rate than tires like the Pilot Super Sport and Pilot Sport 4S. It’s also less capable in wet conditions, more audible, and less compliant and comfortable.

That on-road impracticality pays dividends on track though, which is why you’ll see the Cup 2 often fitted to the most track-oriented, extreme variants of high performance vehicles.

An OE tire for premium sport SUVs and Crossovers from Porsche, BMW, Mercedes, Volvo, and more, the Latitude Sport 3 checks all of the boxes for a performance SUV/CUV tire.

It doesn’t have quite the performance credentials of the ultra-high performance summer options like the Pilot Super Sport and Pilot Sport 4S, but if you require SUV- and CUV-specific tire specs like a higher load range, the Latitude Sport 3 is the best of both worlds.

Want some additional help tracking down the right Michelin performance tire for your ride? Give us a call at 866-961-8668.

How much do new tires cost?
With tires and warranties, you get what you pay for. Find out what you should expect to pay.

How do I find quiet tires for my car?
Here's some practical advice to help you find a quiet set of tires – and keep them that way.

Tire inflation pressure and time
Pssst your tires are leaking! Just another reason why it's so important to check your tire pressure

What you need to know on track day
Get the most out of a track day by learning performance driving vocab.

How to get your car ready for track day
Mechanical wear and tear occurs at a much higher rate on track. Be sure your car is in proper condition for a track day.

What to expect on track day
Your first track day can fill you with anxiety. But we have answers to some common questions.

Ultra-high performance tires
UHP tires can significantly improve your ride. Are they as awesome as they sound?