The physical forces working to keep your vehicle stationary and against “drive” are numerous: Vehicle weight and mass, aerodynamic drag/wind resistance, inertia, and tire rolling resistance.

Tire rolling resistance might be one of the last things that comes to mind in terms of vehicle energy expenditure, and it seems a small factor in the big picture. After all, the average American vehicle weighs around 4,000 lbs. before we and all of our stuff get on board. That’s a lot of heft to move.

But overcoming the tire “rolling resistance coefficient” soaks up an estimated 4-7% of your vehicle’s energy depending on the driving conditions. Tire rolling resistance is also responsible for as much as 4% of the world’s carbon-dioxide emissions, according to Michelin.

Why and how do tires pose so much resistance? It has to do with the interaction between the tires and road surface while the vehicle is in motion. Tires are almost always observed when stationary, and so we tend to think of them as unchanging, hard, fixed objects. In reality, tires are very animated and interactive during use.

While under load and rolling, the tire tread necessarily deforms against the road surface and then returns to its static state. This tire contact patch deformation and road surface interaction is crucial to vehicle grip and performance (consider how much grip a rolling cement circle might contribute), but the process requires notable energy.

Reducing the energy requirement where the tire meets and deforms against the road surface is the name of the game for low rolling resistance tires. By demanding less energy expenditure to “push” through the road surface interaction, the overall vehicle energy output is decreased, and fuel consumption increased. Reducing rolling resistance by 10% improves fuel economy 1-2%, according to the U.S. Energy Information Agency.

Low rolling resistance tires are more relevant than ever, and only promise to be increasingly important as environmental restrictions (fuel economy standards) on vehicles are strengthened and fuel costs rise. Vehicle manufacturers are already leaning heavily on tire manufacturers to play a primary role in the achievement of modern fuel economy standards. Not to mention, the advent and growth of electric vehicles – tire rolling resistance has a direct influence on their range, practicality, and therefore consumer appeal.

Low rolling resistance tires are definitely here to stay. They are, and will continue to be the focus of significant R&D by the major tire companies, and accordingly should continuously improve in the years to come.

How is low rolling resistance achieved?

To understand the influence of tire tread on rolling resistance it’s perhaps easiest to first recognize an inefficient design – off-road tires are a great example. Bulky tread blocks in combination with deep tread depth makes for a significant rolling resistance coefficient. As this type of tire rolls, significant energy is expended to overcome the large, individual tread blocks as they make contact, flex and deform against the road surface. The energy required to overcome this sort of tread design is akin to the extra energy needed to pedal a bicycle with underinflated tires. 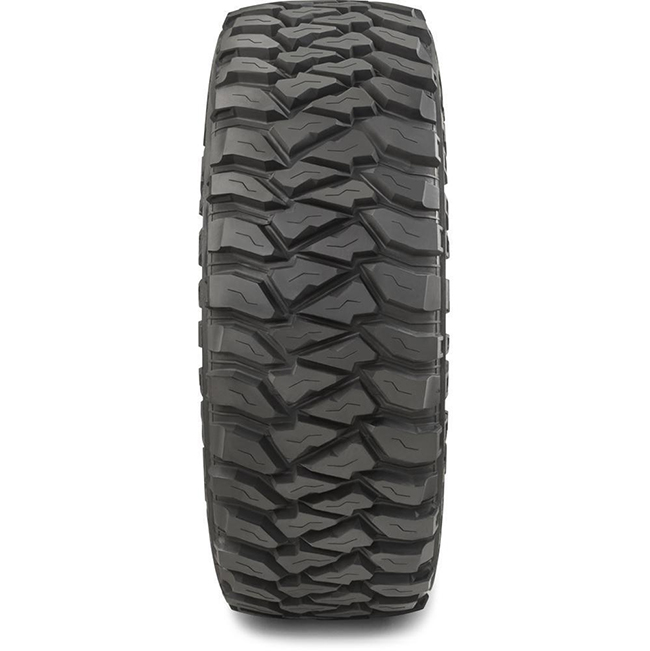 Low rolling resistance tire tread characteristics are the opposite. Instead of individualized tread blocks and deep tread depth designed to dig and claw through terrain, low rolling resistance tire tread tends to take on a more contiguous, connected design. The tread blocks don’t so much individually connect with the road surface, but more seamlessly roll as one interconnected unit. 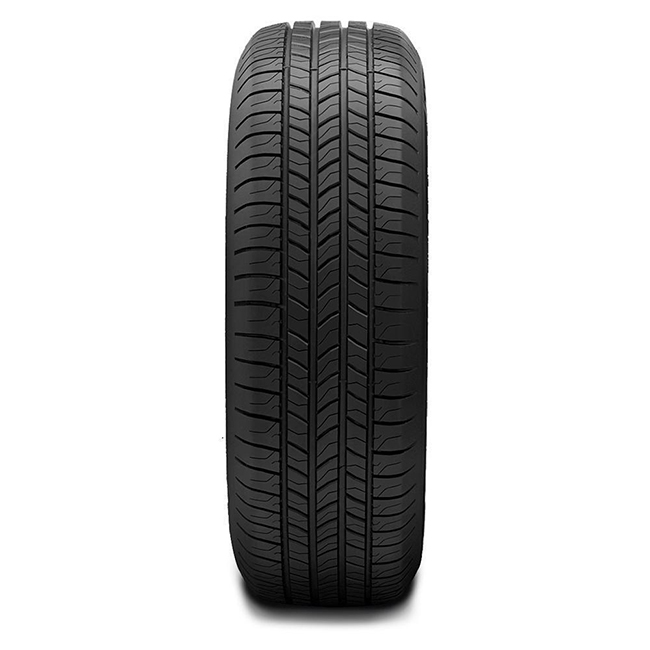 The composition of the tire tread can be adjusted for efficiency purposes. Modern tire compound advancements have allowed for harder, more energy efficient tread. The tire tread stays cooler when in use, less energy is lost as heat, and efficiency is gained.

Lessening the deformation process is another way in which low rolling resistance can be achieved. Once again, consider the underinflated bicycle tire analogy: Pedaling through the deformation and expansion of the tires as they connect with the road surface is what requires so much energy. By stiffening the tire sidewall and reducing this effect, the energy requirement is reduced.

No matter how efficient the tread design and tire construction, rolling resistance is unavoidable. Therefore, decreasing the tire footprint -- the overall surface area where the tire contacts the road -- is a straightforward method to reduce rolling resistance. For example, a 6" wide (155 mm) tire will produce 40% less rolling resistance than a 10" wide (255 mm) tire. This is why you’ll typically see narrower tires fitted to hybrid and electric vehicles as original equipment.

“Unsprung” vehicle weight is weight that’s particularly influential on both vehicle handling dynamics and efficiency. The unsprung weight of a vehicle includes tires, wheels, brakes, and suspension. Reducing weight in this area can have tangible benefit on efficiency and fuel economy; far more influence than reducing a few pounds of “sprung” vehicle weight, e.g. in the cabin.

Do low rolling resistance tires work? Do they save money?

Current low rolling resistance technology will yield a fuel efficiency improvement of 1-4 mpg, which, depending on your driving, the type of vehicle, and the price of fuel, may result in a savings of $400 in fuel costs over the life of the tire. (The savings could actually cover the cost of your new set of tires!)

And what about rumors of the performance downsides of low rolling resistance tires?

Start on the TireBuyer.com homepage by entering your vehicle or tire size(s) and specs, then browse the results for low rolling resistance product descriptions like this one for Michelin’s Energy Saver: "Equip your car with this tire, and get ready for better fuel efficiency and performance than ever before."

(Also see: How (and why) to do a quick tire safety check)

Two new tires – front or back?
Only need two new tires? Find out where to mount the new tires for the best traction and performance.

Prevent tire cracking/dry rot
You can’t always protect tires from the elements, but here are some things you can do to prolong tire life.

Tire pressure and temperature
Gas expands when heated. So what happens inside your tires when the temperature rises?

How old are my tires?
There’s a simple way to determine the age of your tires, based on info that’s right on the sidewall.

Frequently asked questions
Have questions about your order, our products, payment options, or shipping policies? Find the answers here.

Your vehicle's trim/style
This is a pretty important bit of info when you're buying tires. We'll tell you how to find your trim level.
Original equipment tires vs. replacement tires
Is it best to stick with your car's OE tires, or try something different? We'll help you decide.