What tires should I buy for my Crossover? | TireBuyer.com

What tires should I buy for my crossover/CUV? 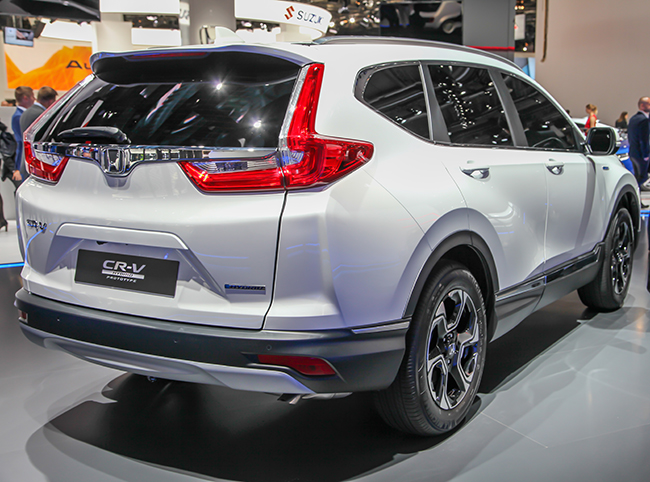 Crossover (CUV) vehicles land at the design intersection of passenger car and SUV, and aim to blend the most desirable attributes of each type of vehicle. CUVs are considered more practical than passenger cars, and also lack some of the drawbacks commonly associated with full-size SUVs.

And so the CUV is the American “Goldilocks” vehicle of the moment: Easier to load and deal with on an everyday basis than a standard car, but not too large. Less restricted and more capable than a standard car when it comes to exploration and off-road adventure. Some functional towing capacity, where most cars offer little or none. Lighter, better handling, and more maneuverable than most SUVs, not to mention more fuel efficient.

Crossovers like the Honda CR-V, Nissan Rogue, Toyota RAV4, BMW X4, and Jeep Cherokee are becoming increasingly popular with U.S. drivers. According to MSN.com, six of the top twenty, and three of the top ten best-selling vehicles for 2017 were crossovers.

The automotive industry is all-in on the crossover, and the tire market has also responded to the CUV craze with hundreds of tire options. CUV tire options are now so numerous that if you're not sure what general direction to go, you could quite easily be overwhelmed.

So here's an overview of CUV tire types and choices. Because of the diverse capabilities of crossovers, and the fact that the vehicle category varies so much (different CUVs have different attributes and purposes) there’s no “right” answer for CUV tires. Instead, it's a matter of finding a set of tires that's a match for your budget, vehicle, preferences, and unique driving circumstances.

If economics are a high priority, you spend all of your driving time on the road, and you don't have an interest in or need for any particular tire “performance” type, then standard touring all-season tires are probably a good choice, depending on the load index and speed rating requirements that are specified for the vehicle.

That's not to say that standard all-season tires don’t have merit. Many offer reasonable four-season performance (depending on where you live, of course), lower-than-average rolling resistance (superior fuel economy), and very good comfort characteristics. Because of their everyday orientation, standard all-season and touring all-season tires typically have strong mileage warranties as well. Treat them right and they'll last for tens of thousands of miles.

If your crossover offers good handling and road feedback, and you want a tire that’ll accentuate those attributes, performance touring all-season tires are a good match.

Truck/SUV all-season tires are often original equipment (OE) on trucks and SUVs. They deliver four-season performance (again, depending on where you live), as well as some off-road capability.

Rounding out the tire options for your crossover are winter tires.

Regardless of vehicle type, there's no substitute for winter tires. If you face down Old Man Winter every year with your crossover, then a set of winter tires will drastically improve your traction and overall performance. And if your CUV is 4-wheel or all-wheel drive, winter tires will allow those traction systems to function as intended in slippery winter conditions. Just remember that winter tires should never be used year-round.

Want help finding the perfect set of tires for your crossover? Shop at TireBuyer, enter your vehicle information and we’ll show you some great tire matches – or give us a call at (866) 961-8668 for more personalized recommendations.

Prevent tire cracking/dry rot
You can’t always protect tires from the elements, but here are some things you can do to prolong tire life.

Tire pressure and performance
Checking your tire pressure is one of the easiest ways to keep your tires in good shape.

Frequently asked questions
Have questions about your order, our products, payment options, or shipping policies? Find the answers here.

How old are my tires?
There’s a simple way to determine the age of your tires, based on info that’s right on the sidewall.

Your vehicle's trim/style
This is a pretty important bit of info when you're buying tires. We'll tell you how to find your trim level.