In 1900, Harvey S. Firestone, a friend of Henry Ford and Thomas Edison, decided that automobiles were the future. He moved to Akron, Ohio and started making tires in an old foundry. In 1906, Henry Ford chose Firestone tires as original equipment for his Model T. Not surprisingly, this helped the business take off, and soon it was well on its way to becoming the company we know today as Firestone.

In 1911, the first Indianapolis 500 race was held and the winning car was equipped with Firestone tires. It was the beginning of a long history of success: from 1920 to 1966, every Indy 500 winner was riding on Firestone tires.

Today's Firestone remains grounded on the same principles that guided Harvey S. Firestone: To continually innovate, to win the race, and to make the lives of people safer and easier. Current technological advances include COCS (Computer Optimized Component System), which uses a supercomputer to deliver the perfect combination of tread design, shape, materials, and construction, and Dual-Layer Tread, which helps tires maintain excellent wet performance and handling, even as they wear.

With the perfect tires or wheels

FREE DELIVERY TO A LOCAL INSTALLER

Or, have your order delivered to you 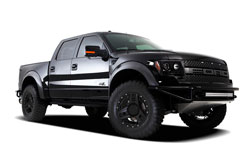 Special financing on all orders!